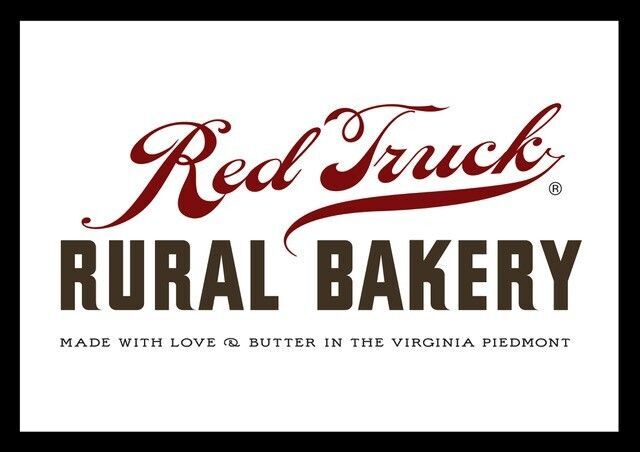 Meet Brian Noyes, bestselling cookbook author and owner of Red Truck Rural Bakery, as he visits the Shenandoah Valley. Noyes will share his experiences of going from a weekend baker to training at the Culinary institute of America, to eventually opening and running his successful bakery business. Red Truck Rural Bakery has earned accolades from Oprah Winfrey, Barack Obama, and many national publications, and is a beloved culinary destination in the Virginia Piedmont, with locations in both Marshall and Warrenton, VA. In addition to offering cake samplings at the event, Noyes will also sell and sign copies of his 2018 The Red Truck Bakery Cookbook, as well as his brand new release, The Red Truck Bakery Farmhouse Cookbook.
_____________________________

While the art director of The Washington Post and Smithsonian magazines, Brian Noyes baked pies and breads on weekends in his Virginia Piedmont farmhouse and sold them out of an old red truck he bought from designer Tommy Hilfiger. Brian trained at the Culinary Institute of America in Hyde Park, NY; at the much-missed L’Academie de Cuisine near Washington, DC; at King Arthur Baking in Vermont; and with chef Rick Bayless at a former convent in Oaxaca, Mexico. When a New York Times story sent 57,000 people to his fledgling website in one day, he left publishing behind in 2009 to launch the Red Truck Bakery in a 1921 Esso filling station in Warrenton, Virginia. Six years later he opened a larger second location and main headquarters in a former 1922 pharmacy and Masonic lodge in the village of Marshall, sparking a food renaissance of the village’s Main Street. The bakery now has over 50 employees and ships thousands of cakes and pies nationwide each year.